Today is an active day in our Luxembourg flying club. There are several courses organized for the private pilots of Aerosport. 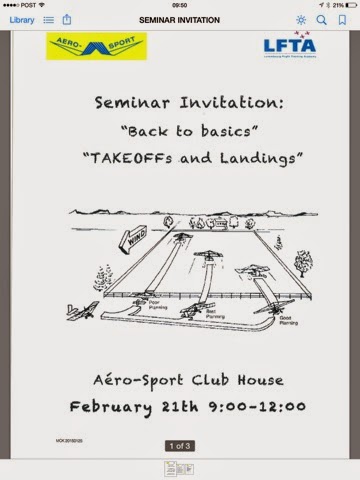 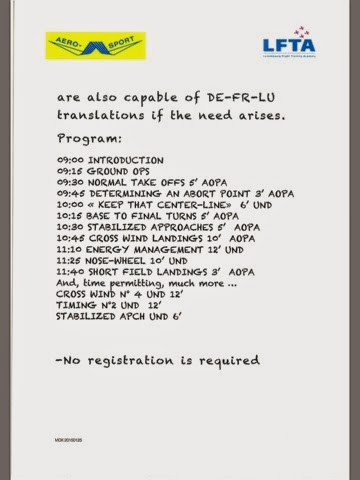 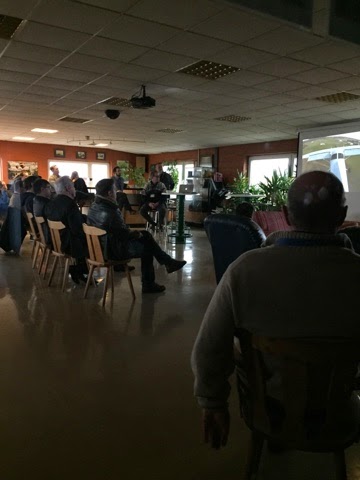 Besides that there are also two other transition courses organized in English. One coincides unfortunately with the back to basis course hereabove, so I had to make a choice.
The first course is for private pilots willing to fly the Cessna 172SP with Garmin 1000 all glass avionics ( our club has got two of the planes) and the second course is for pilots willing to fly on the Cessna TR182 (IFR) and the Cessna182.
I’ve participated at these two transition courses. 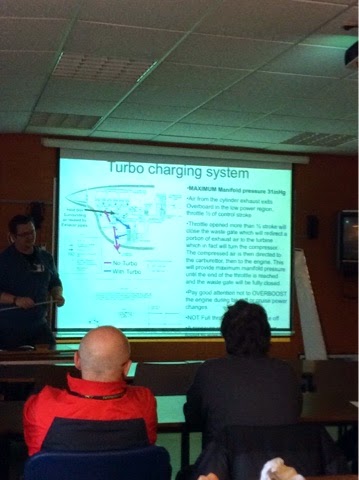 Crazy enough, although being a club member since the early 90’s at Limburgse Vleugels at the eastern Belgium airfield of Genk Zwartberg (ICAO: EBZW), virtually no one of the private pilots seems to fly to the nearby intl airport of Maastricht-Aachen (EHBK)

The reasons are threefold: first, eastern Belgium has so many small airfields at its disposal where you can fly to uncontrolled. Secondly, flying to Holland takes only a couple of minutes, meaning it is considered too short for a serious navigation and finally because one needs to file a flightplan and pay landing fees (from what I hear) in Maastricht.

It was a beautiful winterday and I invited my Belgian fellow pilot Ludo Holtappels to join me to the Maastricht airport. His son Ruben Holtappels, who is a private pilot student at this stage, joined us as well for this short flight.

The weather was perfect and we took off with a C172 at EBZW (Genk-Zwartberg) and set course to the Bravo entry point of Maastricht’s CTR. As an exercise, we flew along the southern border to the Military zone of Kleine Brogel (EB R-05B). We called the tower of Maastricht and got a clearance to enter the CTR at 1800 ft. We were than instructed to follow the canal and fly to Sierra and Golf. From there we joined downwind and landed on the 03. No bus or whatsover picked us up, we walked to the tower. The bill for paying fees was really low, only 20 euro ! Amazing.

It was carnaval weekend in the Maastricht area and so the bar was closed and we could’nt get a coffee. Too bad. So Ludo took over for the return flight and some 20 minutes later we were already back in Genk Zwartberg. 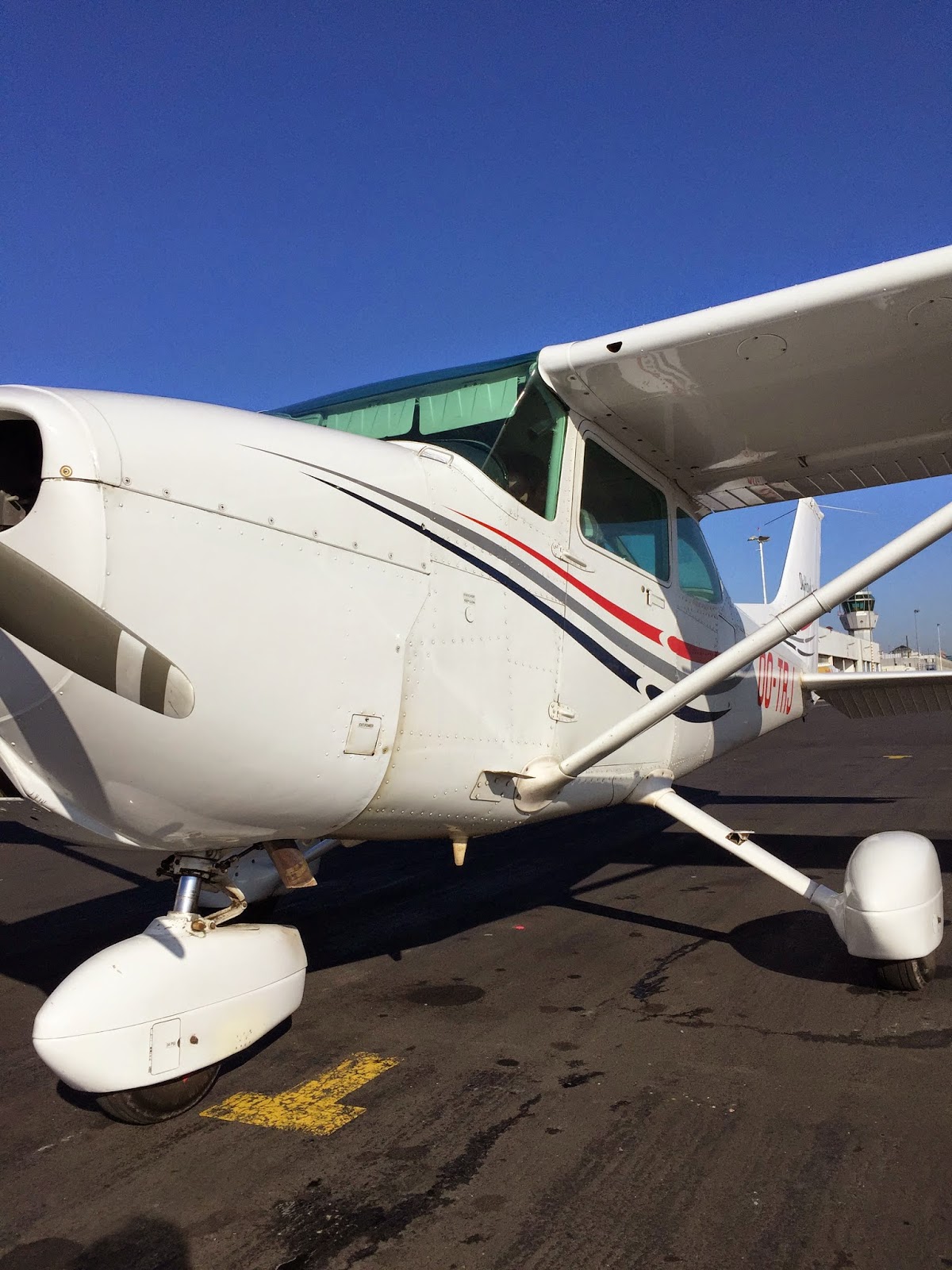 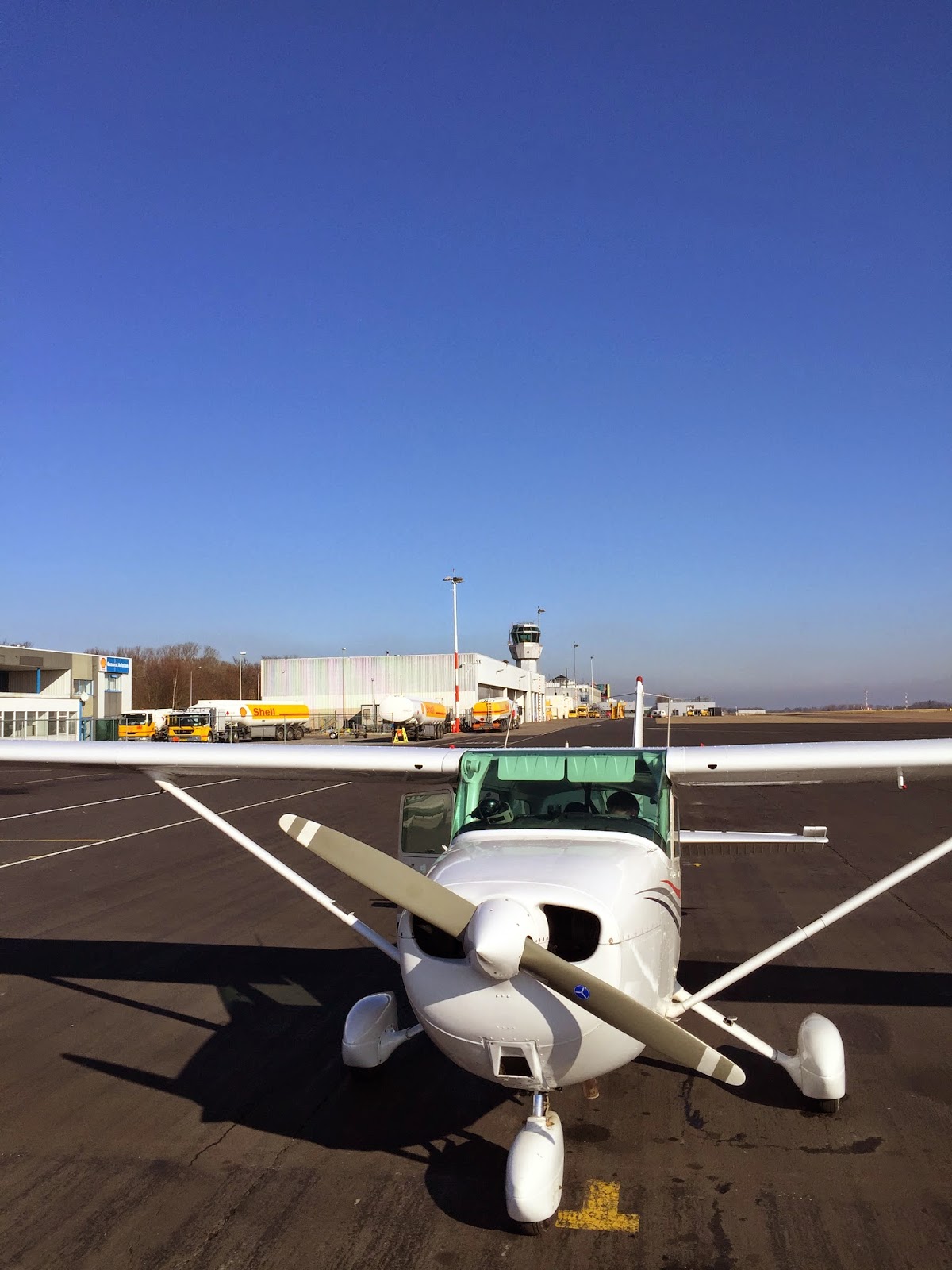 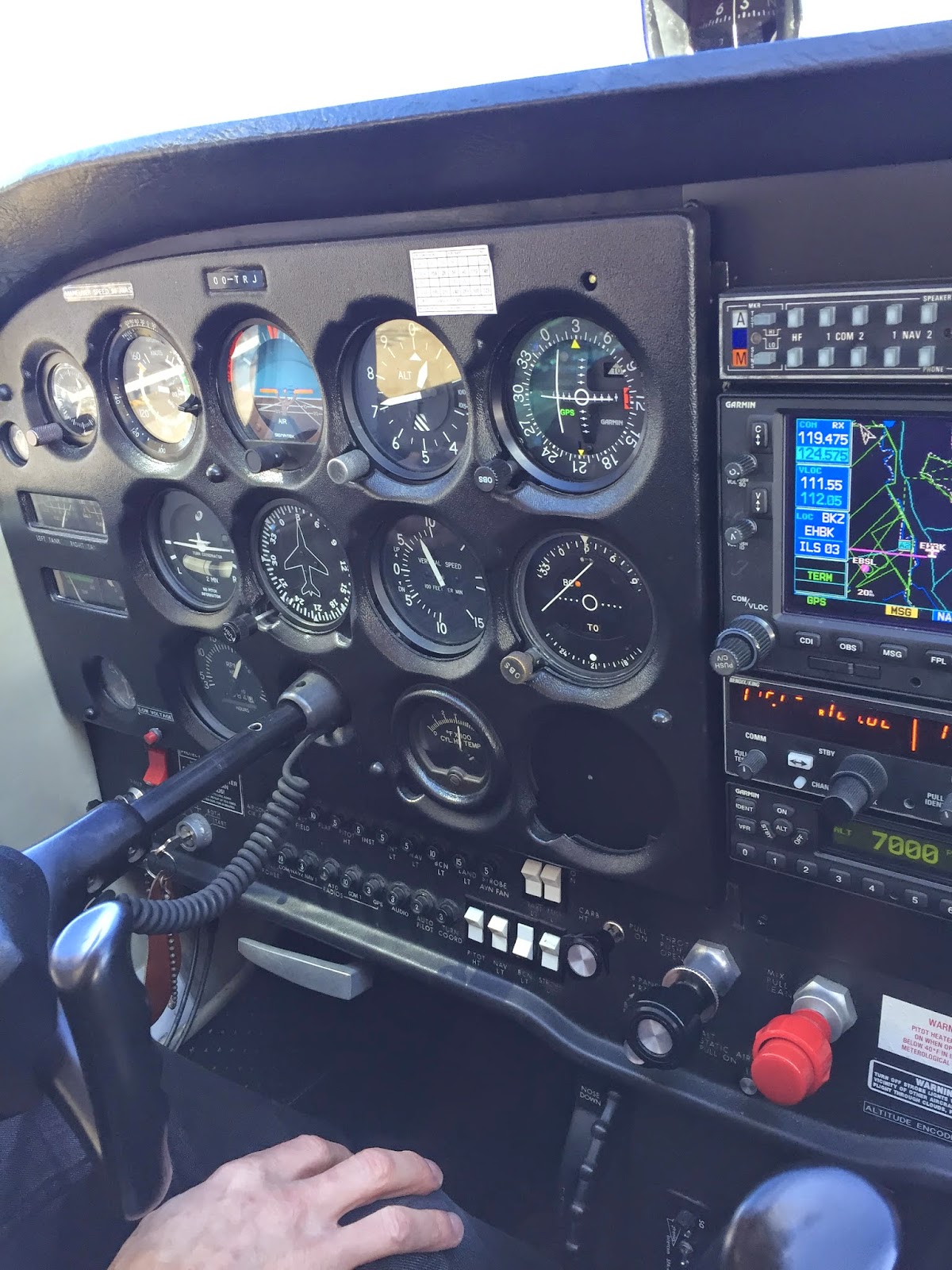 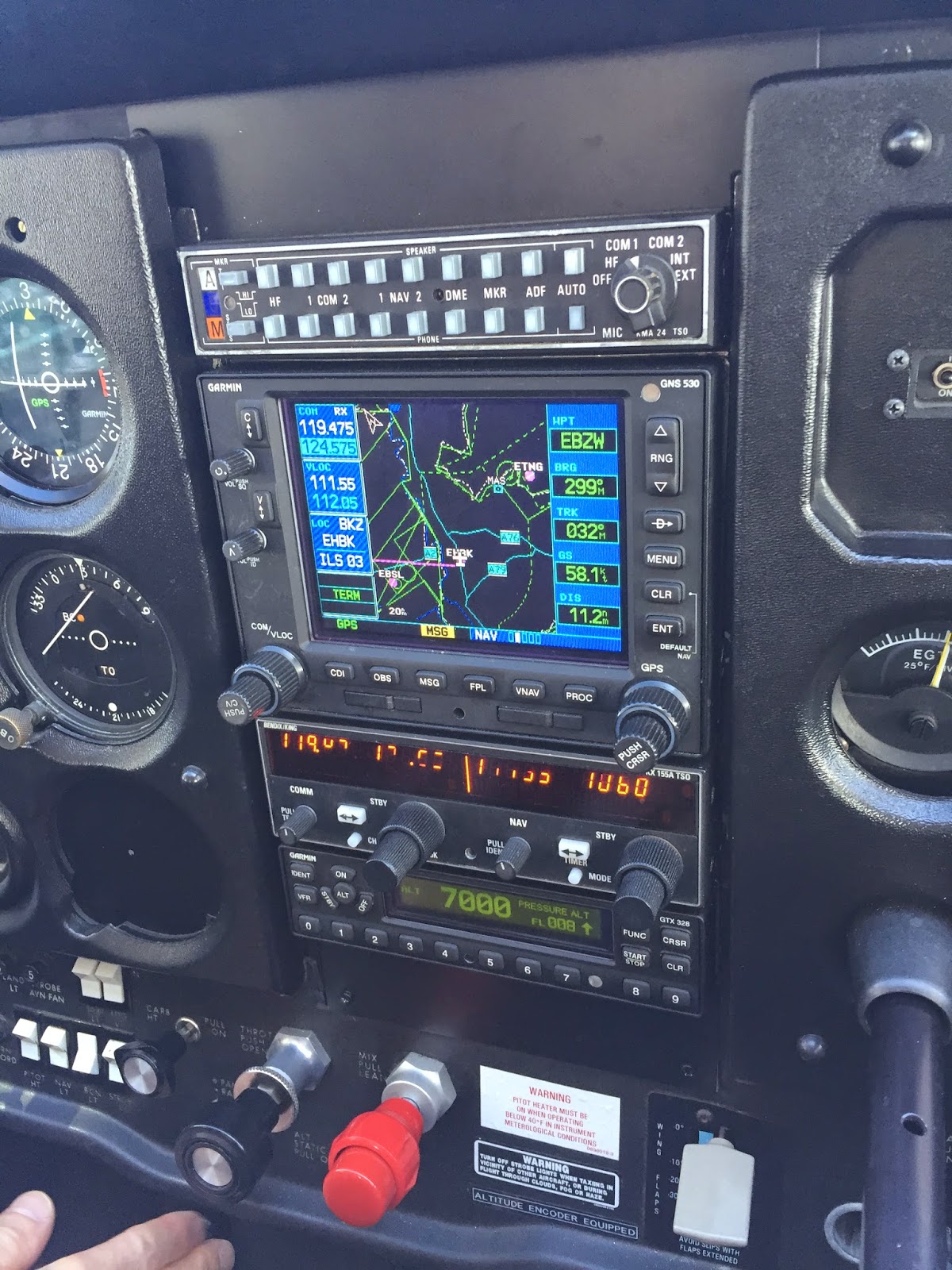 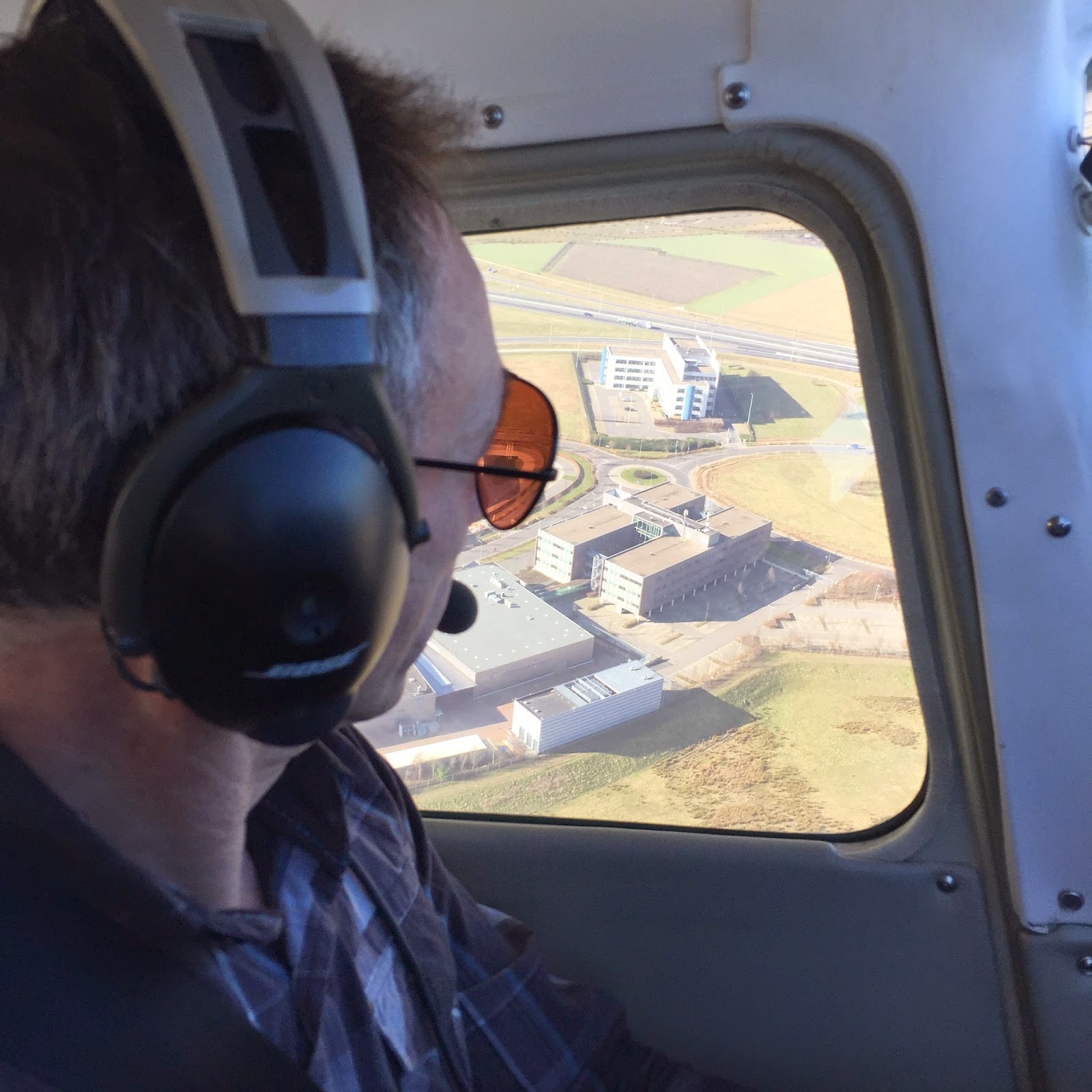 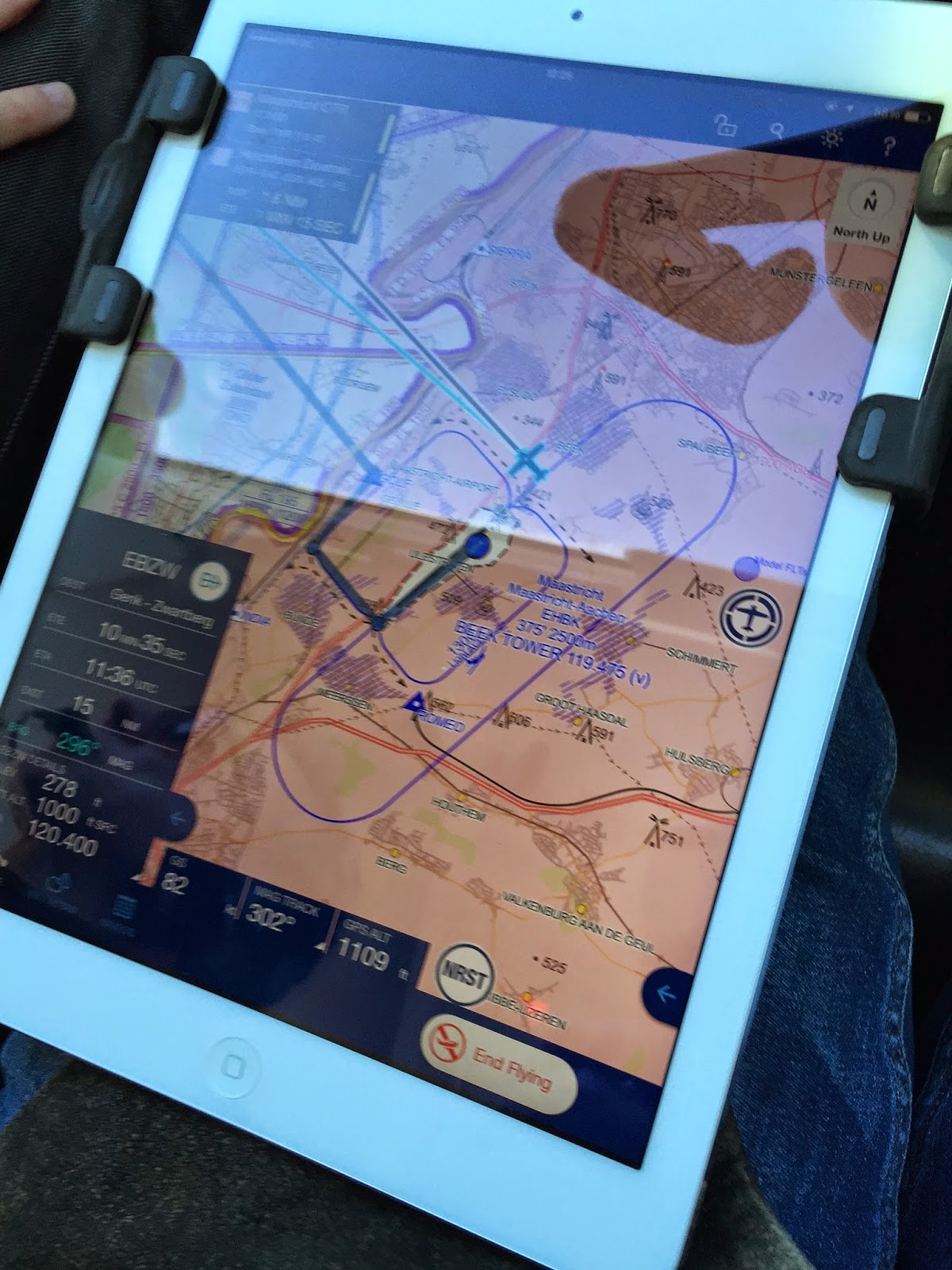 I’ve been flying with the C172SP (with G1000) in 2008 whilst doing a two week flying tour from Grand Junction Colorado into Mexico, but I haven’t practiced that plane since.

The flying club Aerosport in Luxembourg has two such a C172SP and my Belgian club Limburgse Vleugels has got one C175S with G1000.

It costs a bit more expensive than a classic C172 (180 € versus 150€ /hour), but has the advantage of having a well functioning auto pilot.

I went last weekend to Belgium and have been making a couple of training flights on the C172SP together with my former flying instructor Michel Notelaers, who is also an examinator. These went well and I was able to make some touch and go’s afterwards by myself at the Zwartberg airfield.

Luxembourg is typical and since many years fertile ground for fly-outs. There are three flying clubs at the Luxembourg airport, all together with more than 1.000 private pilots.

Also in 2015, an amazing and complete program has been drafted to incite private pilots to fly beyond the local boundaries.

Are you interested to attend one of these fly-outs ? Drop me a message