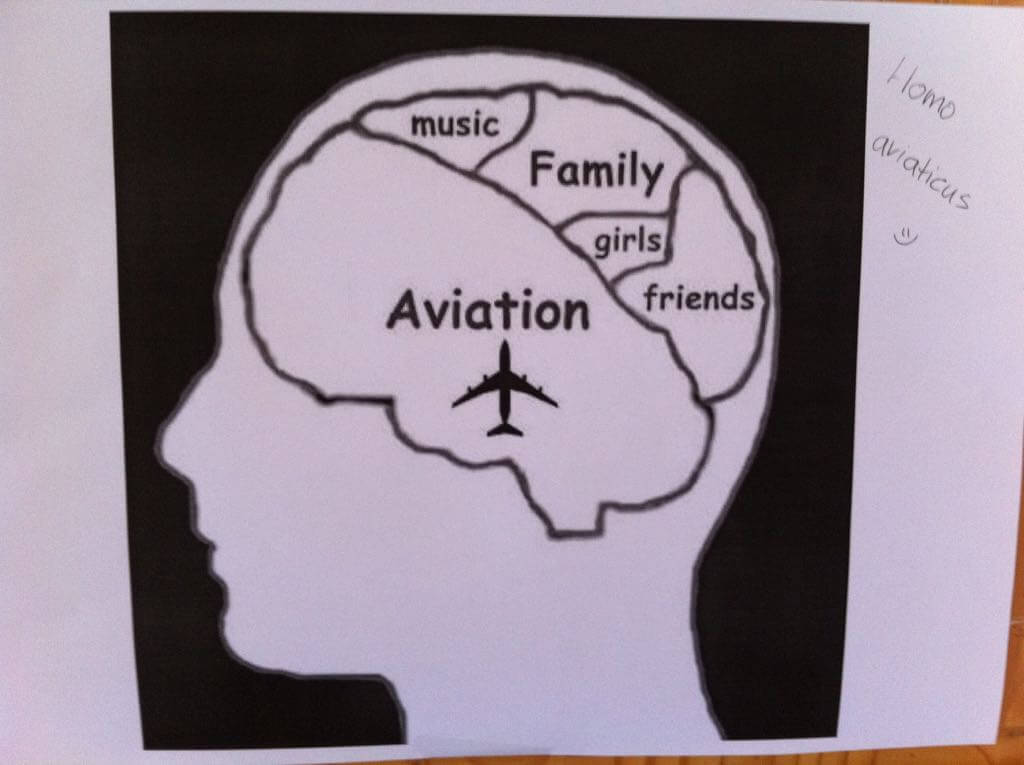 5 pilot crews confirmed their participation at this new fly out we organized for UPL-AOPA. In order to coordinate activities, a whatsapp group was set up. The weather outlook was reasonably good for most of the traject bringing us from Luxembourg and Trier to Texel on Friday 7th.

Only the last part north of Amsterdam proved to be marginal VFR with low hanging clouds. Quite tricky, which caused one pilot to cancel his participation. 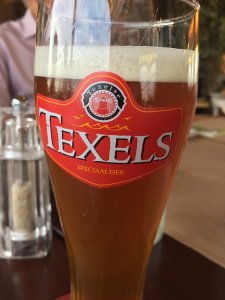 Three crews landed safely in Texel. The fourth teaml, Stefan Stefansson, skipped Texel and decided to fly directly to the AOPA fly in in Twente. No worries.
We were lucky with the hotel reservation at the airport hotel of Texel. Sleeping with views of your plane is a great feeling 🙂 But prior to go to bed, the hotel owner, Walter arranged us a seafood dinner at the harbor of Texel. The food proved to be E X T R A O R D I N A R Y . The pictures below say it all 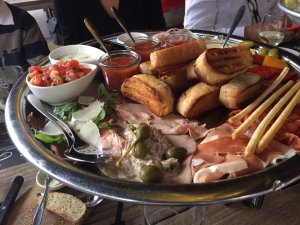 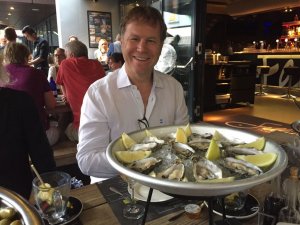 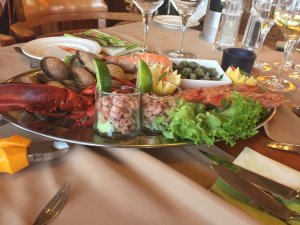 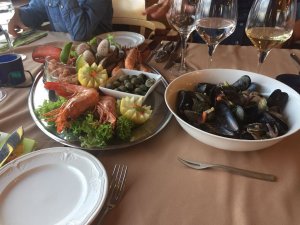 Saturday morning, a weakened rain front was passing. No worries, we had our bikes and have been discovering the island of texel. B I G  fun !! We had mixed feelings as we deemed that our stay on Texel was not long enough. Guido and Dani Peterzelka and their daughter Livia decided to extend their stay on the island. Smart decision, next year we’ll plan a longer stay on Texel as well. 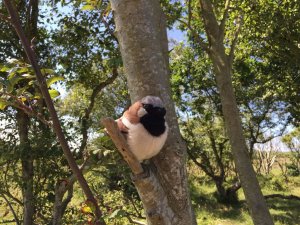 Together with Alfons Hesels and Rajiv Aurora in the Cessna 172, we continued as well in our Cessna to the AOPA fly in in Twente where we were expected by our colleagues of AOPA NL. We landed at the right moment, plenty of planes and live music.

Of course we enjoyed watching planes and discussing the dutch management of AOPA, who did a marvellous job of getting their airfield nearby Enschede ready for general aviation.

We missed Stefan Stefansson, who just left when we arrived. No worries, our fly-out are entirely free, we create a program, but every pilot is absolutely free to adjust it to whatever suits him best. 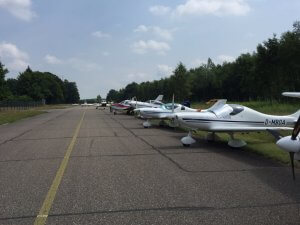 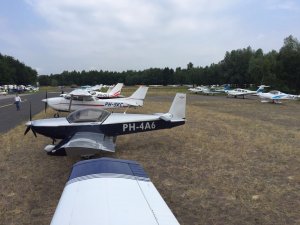 In the evening hours, we discovered the town of Enschede, a very vivid town with plenty of terraces. We met our friend Maarten Top and his lovely wife Silvia. On Sunday, we all returned to Luxembourg, whilst making a fuel stop in Genk Zwartberg, where my son assisted me. Maybe a future pilot as well.

We were all back home by Sunday afternoon, exept Guido Peterzelka and his family, who was still swimming in the sea of Texel. Guido enjoys the good life. His Beach Bonanza flies up to 150 knots, way faster than our Cessna 172, who cruises the skies at some 100 knots. 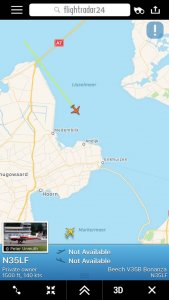 They finally stayed until the evening hours in Texel and only flex on Sunday evening back to Luxembourg. With Flight radar 24, the other participants as well as Reinhard Krommes were following his flight as weather was getting a bit stormy in Luxembourg. Via whatsapp, we were sending him live weather updates as the thunderstorm got very nearby. But end good, all good

Some thoughts for the 2018 edition: Texel was definitively a great place, in July 2018 we’ll go to discover Ameland. We’ll ensure to have a more relaxed program, so we can enjoy biking around the island for some more time. Biking and flying , a great combination !