Today, we enter a new and rather spectacular world. It is all about Altiports and even more thrilling: “Alti surfaces” (there’s no English translation for this). I must admit I never even heard the name of “Alti surface” before.

An altiport is a mountain airfield in the Alps, where landing requires great experience. I landed on Courchevel some years ago, this year, we’re heading for Alpe D’Huez.

Where an Altiport is considered “for experiended mountain pilots to land on”, an altisurface is 5 times is for daredevils and living legends only. It is the most challenging landing for a private pilot.

We can’t fly to these places with our own Cessna 172 (club rules of Limburgse Vleugels). Nope, you need a special plane for this with a tail wheel. Jean Birgen has been organizing we could rent such SAN Jodel D.140 Mousquetaire (en:Musketeer), which is a French five-seat light touring monoplane.

We left our Cessna behind on the Grenoble Le Vesoud airfield and after having dealt with the paperwork, we got briefed by a local instructor, called Dominique.

We decided to leave for the Altiport of Alpe D’Huez. For this first leg, I was the pilot. So we took off in a Musketeer airplane into the high Alps direction of Alpe D’huez.

Our instructor Dominique tells me whilst we are flying that every year, some 5 Musketeer planes are getting out of service, of which some are crashing. But not today.

Alpe d’Huez, here we come. This time we really climbed out quite high in the Alps. In less than an hour we reached the Alpe d’Huez region. We’ve been overflying the area a couple of times and decided to proceed with the landing. Everything went just fine, it was spectacular.

We changed seats and I stayed alone on Alpe d’Huez whilst my fellow pilots left to discover the alti surfaces as you can sit only with three perons in the plane whilst landing there. It was quite chilly up there in the mountains (bar was closed), but I was able to record the landing of my Belgian friends when they returned after an hour.
landing on Alpe d’Huez airfield 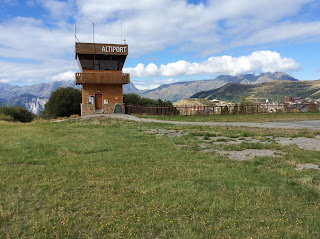 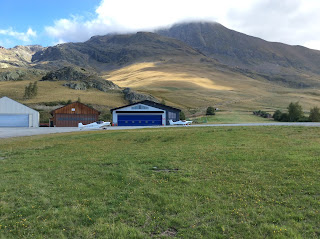 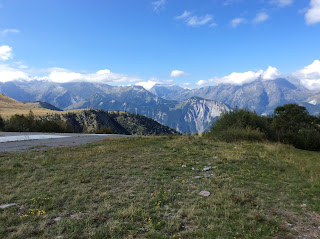 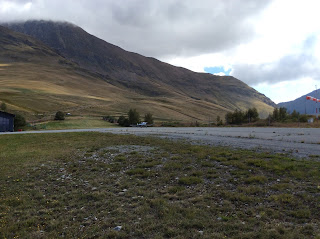 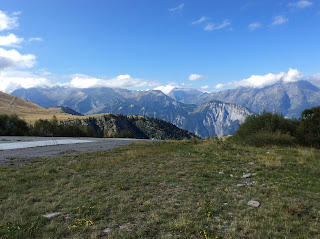 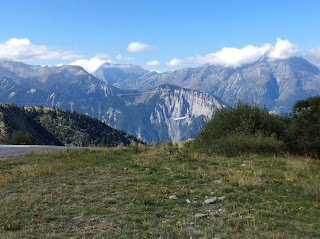 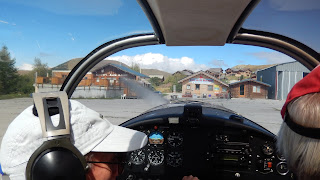 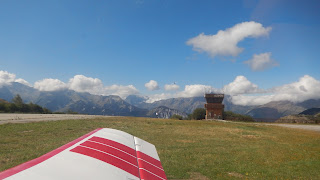