Skip to content
Our Luxembourg UPL-AOPA pilots club has been organizing its 28the edition of the fly-out to the French Alps. Jean Birgen has been the driving force behind these adventurous pilots gathering. 28 years in a row, always the first weekend of September, that is more than remarkable. And the point is, that this particular fly-out tends to attract over and over again new enthusiastic private pilots of all ages. THere’s a lot to organize and several UPL-AOPA and Aerosport members have been preparing all of this, supported by the club’s secrary, Joële.

For myself, it is the third time I’m attending. The place where all the pilots gather is the beautiful airfield of Annecy, famous for its scenic viewings.

This year, there are 13 planes and more than 34 pilots attending, mainly coming from Luxembourg. This 28th edition proves to become another “Grand Cru”
The local airclub at the Annecy airfield always warmly welcomes our pilots and that as well for many years; This year, I have been participating together with two Belgian pilots which have been mentioned in this blog before: Ludo Holtappels and Kristof Goossens. We’ve rented the Cessna 172 (Skyhawk) of our Belgian club “Limburgse Vleugels” based at the Genk-Zwartberg (EBZW) airfield, in northern Belgium.
The weather outlook is reasonably good and we agreed that I fly the first leg from Zwartberg, Genk (EBZW) in northern Belgium to Dole in France. Flying over the Belgian Ardennes proved to be not so obvious as we were flying in VFR conditions. We had to flip-flop and fly in between the many clouds in order to remain in VMC (Visual Meteorological conditions). No worries. Once we crossed the French border, there were less and less clouds and calm winds.

We landed shortly at the Dole airfield in France for a quick lunch and moved right afterwards directly to Annecy in the Alps, with Ludo taking over the pilot seat. Whilst arriving in the Alps, the weather turned even better. The landscape changed rapidly and the three of us enjoyed flying in this part of Europe. Although we have a glass cockpit and GPS etc… we enjoy following on the maps where we are and trying to recognize some significant points.

We passed over a couple mountain ridges and prepared for landing in Annecy. The landscape becomes more beautiful all the time now. But this is just the beginning from what will become an extraordinary fly out 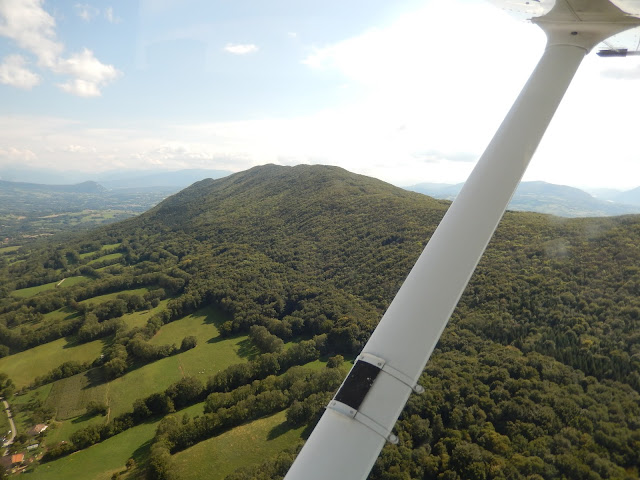 Arriving in Annecy, we met with the other pilots of which some of them arrived already on Thursday. Jean Birgen is also waiting for us. Good to see so many familiar faces of other pilots. Hereunder some pictures (courtesy of Tom Manderscheid) 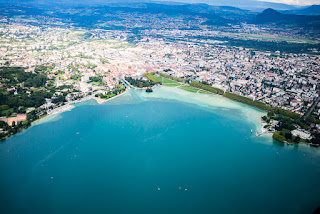 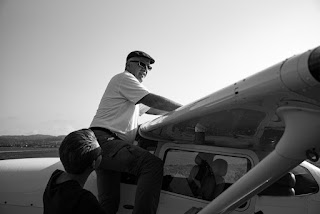 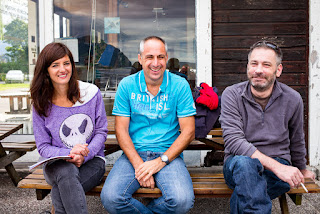 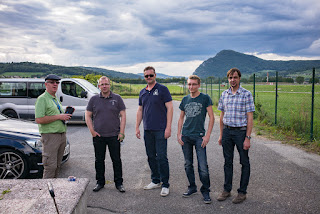 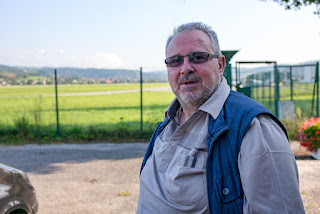 After checking in at the IBIS hotel, we strolled a bit through the old Annecy town and got in discussion with the super friendly owner of a local food store. 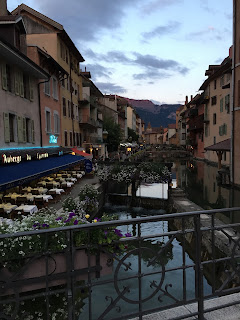 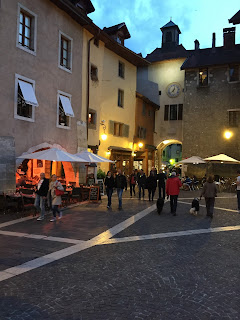 In a local foodstore, the owner learned us to enjoy the Genepi mountain drink as well as the tasty “spring beaufort cheese”. The French Savoie is a truly gourmet region. 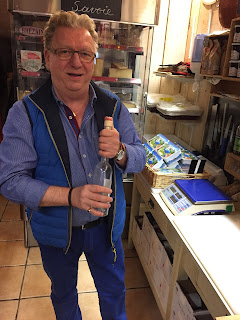 The weather still weather, we were invited to join some other pilots on a terrace in the old town of Annecy. That’s the good life !
Jean Birgen likes traditions and so we headed all for a cosy pilots dinner at Sylvie’s restaurant where we enjoyed the tasty (but very heavy) tartiflette (typical mountain food)