My fellow travellers Mike Kornev and Artem Kirillow enjoyed the first flight with Vanilla Sky of our exploration tour. They arrived one day earlier than Jean Birgen and myself They’ve prepared their report hereunder.

We were getting ready for some mountain flying. I decided long ago to visit the Mestia airport. I didn’t paid my attention to temperature just asked our instructor about the minimum safe altitude which turned out like 9000′. So it turned out to be my highest altitude flight.

When passing over first ridge we were like 1500′ AGL. There was CB/TS over Bezengi Wall mountains which separate Georgia from Russia: 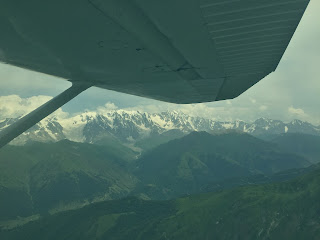 Passing over the last ridge I’ve noticed some microwave dishes. Those were closing real fast! We were flying very close to the mountains. 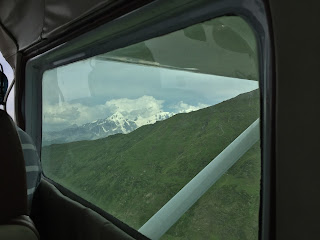 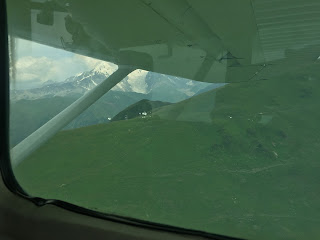 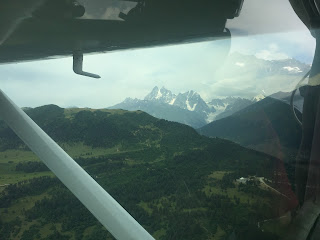 On approach I was wondering how we are going to take off and depart – due to field elevation factor and close proximity of the mountains. Our instructor assured me that everything going to be OK. 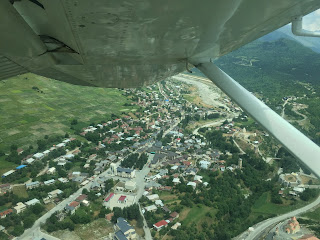 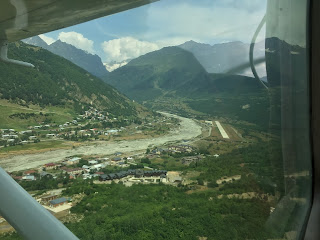 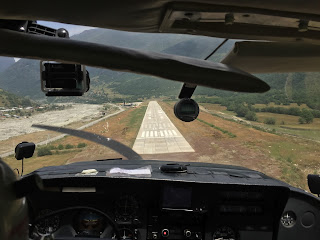 The Svaneti area is famous for its towers erected 10 centuries ago. Unfortunately we didn’t had enough time to explore the area. Will do it later! 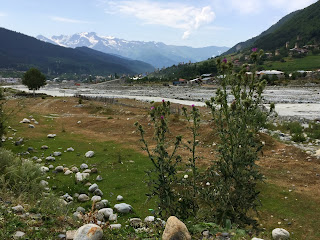 The field – Mestia Queen Tamar Airport – was at elevation 4593′. It was like 30 degrees Celsius outside so density altitude was over 7000′. The runway 02/22 was fine (paved 1150m – do not believe google maps, the satellite images are quite old), we got a 230hp Cessna, half tanks full and just one passenger. However the climb out was tricky. Shortly after departure to southwest we were required to turn left and climb over the valley to 6000′, then climb to 9500′ to pass over the first ridge. Our 1966 Cessna 182 wanted to climb like 100fpm on 90kts; the limiting factor was the engine oil temperature. I wasn’t been able to set mani pressure to full power since the oil temp was almost at the redline. We popped the flaps a little bit and catched a thermal updraft to get 500fpm.

So this was my main lesson learned: when flying in the mountains at high altitude & temp, energy management is the key. That should be natural for those familiar with the area and/or glider pilots however it was something new for a person (such as me) who doesn’t feel good about flying unpowered things.

Besides that flying old C182 not equipped with any kind of autopilot in mountains means that you need to constantly fly this airplane because of thermals up drafts etc.

We gradually descended to 6000ft and continued our 1.5 hrs leg. Turbulence and thermals over the mountains and fields were not that bad, I expected worse. We avoided Gori Military base and made a straight-in approach to our base. Mission accomplished!