My wife and son are on vacation, whilst I continue to work in Luxembourg. The weekend of July 17th is arriving. Knowing myself, if I’ll stay in Luxembourg I will continue working most of the weekend.

So, reason enough to fly to a place which I only briefly visited once earlier this year: the Dutch island of Texel on the North Sea.

So on Friday afternoon, I’m heading to the Luxembourg airport. The weather outlook for my flight to the Netherlands looks good, only the last part worries me a bit as there’s a lot of wind and probably low ceilings.

Unfortunately, the Cessna 172 I booked with glass cockpit seems not available, reason to change planes and take off with a traditional C172. 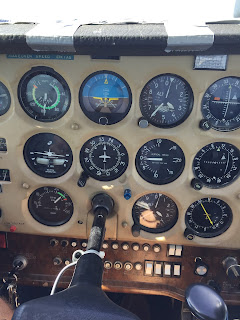 The first part of the ride goes very well, clear skies all the way. Normally, I have always people on board, this time I’m just by myself. Quite relaxing in fact :), but you need a higher concentration than when you share tasks with a co-pilot. 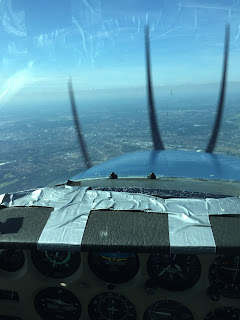 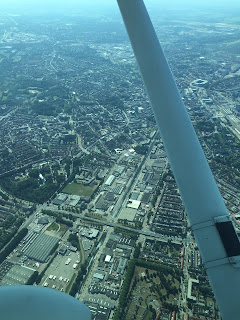 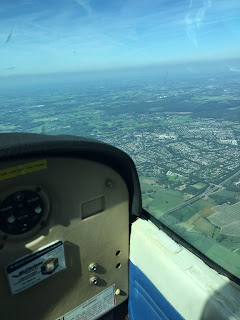 Flying over the Netherlands is always fun, I like the views of the lakes and rivers. 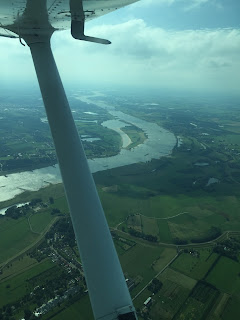 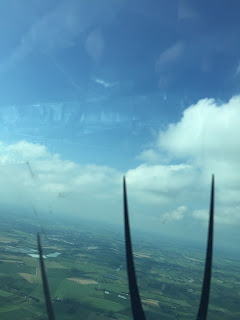 I’m passing over Hilversum airfield, where I landed earlier this year. I carefully ensure that I remain out of the Amsterdam CTR which is class A – VFR prohibited. Strangely enough, the Dutch Mil services were not available yet, because …to early. Amsterdam Info initially did not want to provide support either, as I was outside of the area they were serving. Ok, I still can read maps and avoided all possible critical areas. 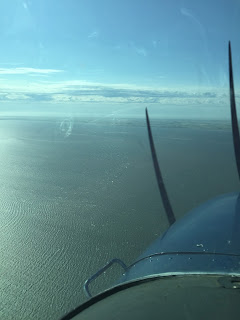 Ceilings were not a problem, I flew always between 1000ft and 1500ft. What gave me a uncomfortable feeling was the wind, which became harder when I flew over water. It becomes unpleasantly hard and bumpy. Good that I don’t have passengers with me. I didn’t like it very much either. The island of Texel popped up at the horizon. The hard wind should calm down when going overland. The 25kts wind is in the axis of the landing direction, no cross wind at all. I made sure to come in high enough and landed without problem. I was quite glad to be out of the plane 🙂 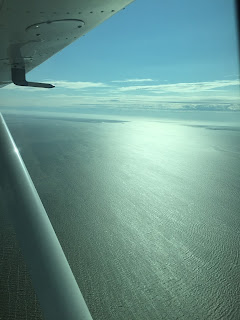 I check in in my hotel (Op Duinen) and go for a long walk on the beach. Sometimes, it is good to be just by yourself. Although Luxembourg and the dutch island of Texel are not so far from each other, I noticed the sun is going under here almost half an hour later. 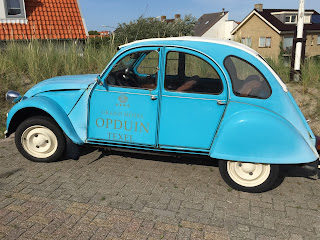 The next morning, I hired for the first time in my life an electrical bike for the day. I don’t know what to expect, just looking to try it out. After a couple of minutes drive, I understood why it has such a popularity. One needs to bike, but it feels like you have got a strong wind in the back. I liked it and have been biking all around the island, more than 40 km. On my way, I stopped to taste some fresh and super tasty oysters. 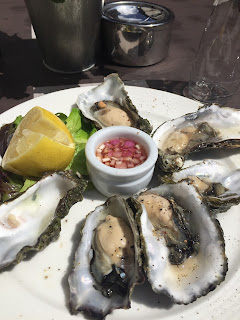 I passed at the airfield in order to check the plane, whether I attached it well enough from the wind. No problem and I continued my ride amongst the island 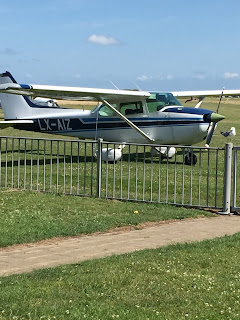 In the evening, I ordered a taxi in order to get to town. I was surprised to see that the taxi who picked me up was a well equipped Tesla. I had a good chat with the taxi driver about its performance and he was so friendly to show what it was capable of. Impressive !

On Sunday, it was time to check out and fly back home. The weather proved to be lousy. It rained in the morning and and after having studying the weather charts, it seemed to me that we’d have (again) a heavy wind when the skies would clear up after the front passed. So I took off, immediately after the rain stopped and the skies got clear again.
Arriving in Eindhoven, it was (again) confirmed that in Luxembourg there was still some bad weather. Not a problem, nobody is waiting at home and so I landed at my Belgiam home base in Genk Zwartberg and enjoyed the company of my glider friends over there. In the evening, skies in Luxembourg started to clear up and I continued my way to Luxembourg where I landed an hour later.
End good, that’s all good.