A country which fascinates me is Georgia. It once belonged to the Roman empire and the Christianity was well spread from the earliest centuries. This resulted in Georgia having many monasteries, old churches and a very rich cultural heritage.
Besides that, It seems to have one of the best kitchens in the world. The Georgian wines have got a reputation to be famous as well. The climate tends to provide warm summers. The country has been going through some vibrant changes on various levels. They’ve opted for western style democracy, but are facing some (serious)  issues with their Russian neighbors. Poverty is still an issue. Besides that, there are some breakaway provinces who don’t recognize the authorities in capital Tblisi.

I never have been there (yet) , but the country seems to have to natural beauty which seems completely unspoiled to me. Very attempting and high on my personal wish list.
And today, I had a nice surprise when I read in the latest AOPA magazine that there’s a flying club nearby the capital with the sound name of ” Vanilla Sky”. They’ve built an infrastructure with a very nice hotel, where one can rent planes for local excursions. The AOPA article was very positive about their operation – see below
I’ve established contact with them to find out more.
To be continued… 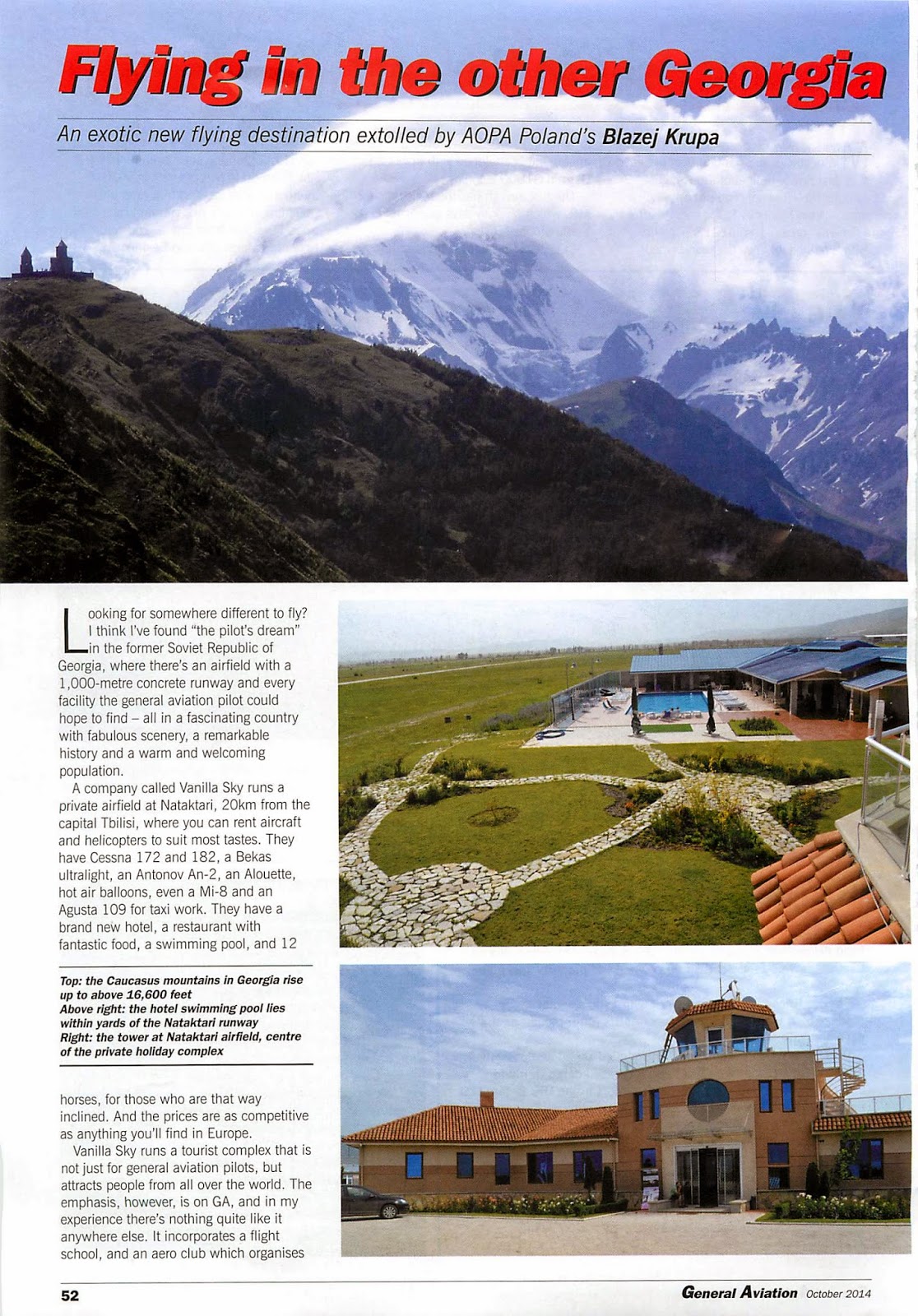 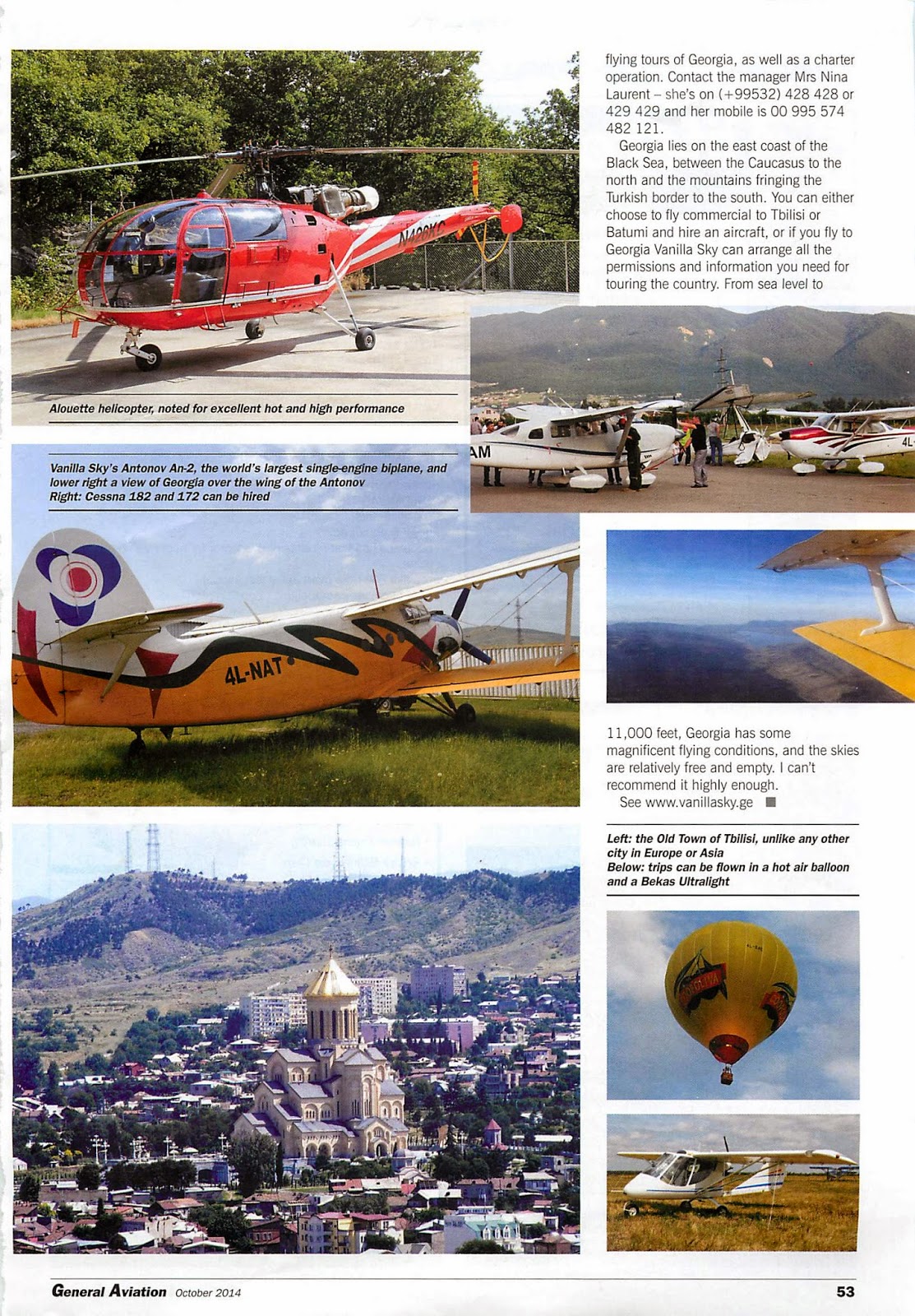