Today, I prepared a Cessna flight from Luxembourg to Belgium. The weather charts decided other wise. There was a mobile ridge over Belgium and Northern France with clear skies, but in Luxembourg it remained quite misty weather. typical for November. I had a colleague, Romain,  joining me for today’s scheduled flight and we have been waiting most of the morning at the Aerosport airclub in Luxembourg for the weather to improve. Chances were not good to take off, the airport remained marginal VFR and with clouds around 1.000 feet, it was to limited to take the risk to take of in VMC. Anyway, as my colleague  Romain is starting to take flight lessons himself, we decided to prepare as if we would be able to take off. I had an extensive chat with the met dept. and it became clear that weather conditions would shortly improve.

We plotted a course for Zwartberg (EBZW) in Belgium, but soon we learned that this would become a mission impossible. Checking the METAR’s but also the weathermaps app, we noticed that it was only in Luxembourg that weather was quite poor, Belgium and France had way better conditions. Standing on the terrace of our clubhouse, we noticed that skies were a bit clearer in the direction of France.We prepared a flight plan to Lunéville (LFQC) and prepared our Cessna 172. 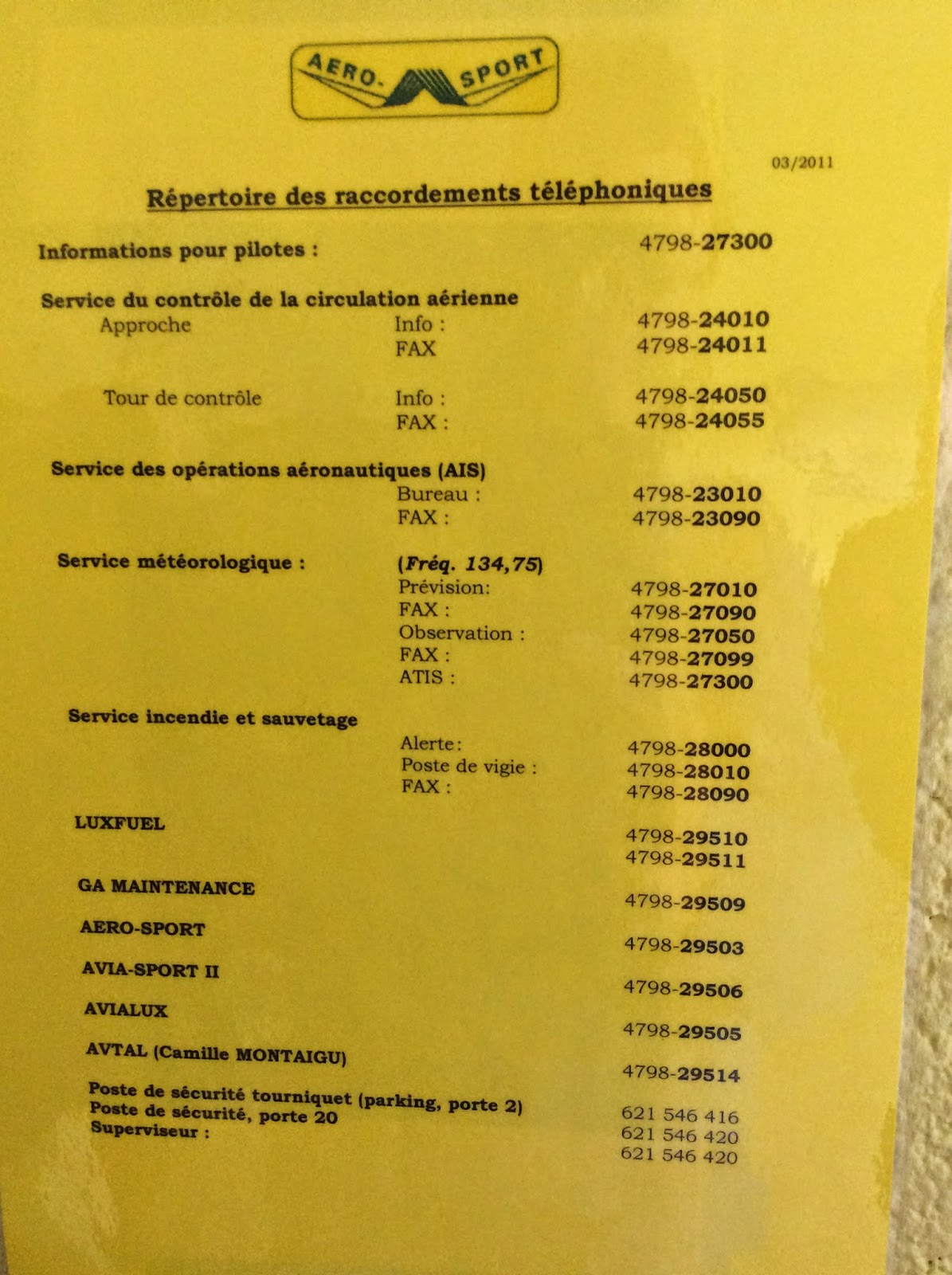 We gave another call to the meteorologist of Luxembourg and as the METAR now indicated VFR, we quickly took off heading south to France. No problem to fly at 2000 feet, it seemed. After taking exit Tango, we left the CTR and contacted the French air traffic services. Just behind the French border, you have the (prohibited zone) nuclear plant of Cattenom. Recently there have been some incidents over there, I think, with drone flying over nuclear plants. Initially, I was on a track to pass west of this prohibited zone, but as weather was clearing up, I was able to pass via the eastern side of the Cattenom plant. As  I changed course and headed for a second towards the prohibited zone, I was in less than 10 seconds contacted by the FIS asking for our destination.

I explained what we were up too and closely monitored to remain out of the prohibited zone. All of that went well and we continued our journey in direction of Metz and Nancy.
We avoided the CTR of Metz-Nancy Lorraine. I had a small practical problem and that was that I need to go to the toilet quite urgently. In a Cessna there’s only one solution in that case and I took a small bag especially made for that purpose. Before I could proceed however, FIS called me to make me attentive on a restricted area which was active. I had to concentrate on flying and so had to wait for a toilet till being on the ground. The airfield of Lunéville came in sight. It is a 1000 meter long  paved runway and there was some traffic around. We joined the circuit and landed safely. I was so happy to be on the ground. 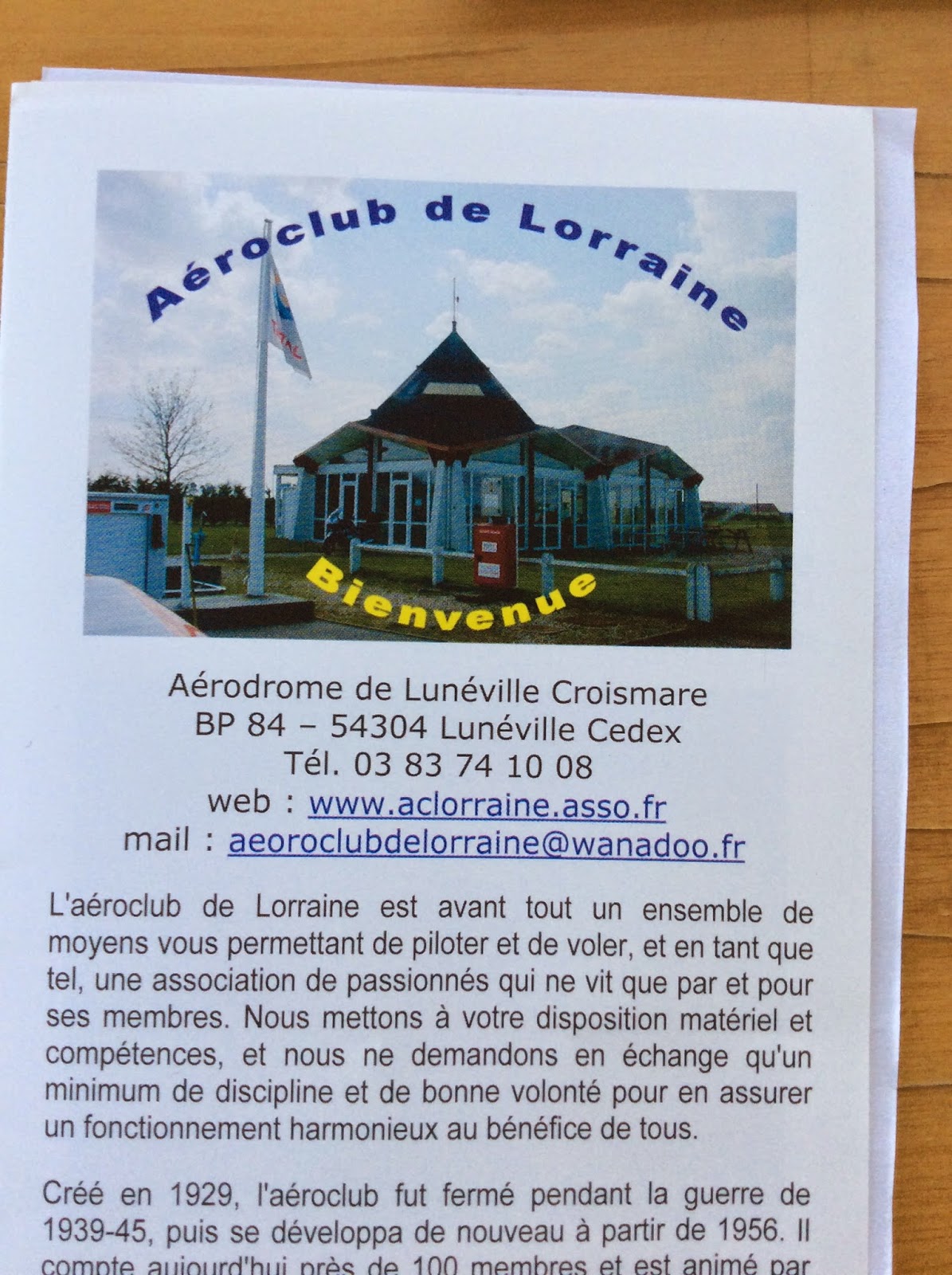 We parked in front  of the local clubhouse. Due to our delayed takeoff, it was already quite late for lunch. At the airfield, there was no restaurant. In Europe, one does not offer a courtesy car one can use to drive to the next village. But a very friendly person proposed to drive us to nearby  Lunéville for lunch. Great plan. And thus we were a couple of minutes later driving to Lunéville. The restaurant owner welcomed us and our driver explained we were two pilots from Luxembourg with a hungry stomach. We ordered some mussels with fries and enjoyed a delicious meal (it is really inexpensive to have lunch in this place). Our friendly driver picked us up afterwards and brought us back to the airfield.

Afternoon was passing quickly and I was a bit worried that misty weather could maybe suddenly come up in Luxembourg and prevent me to land. That’s why I bought some extra fuel in Lunéville, just in case we had  to divert to another airport.

By this time, there was more activity at Lunéville. There was a TV crew (FR3) filming the courses by a new bunch of students. We also had a chat with the President of the club, a very friendly man. Also there was a nice old timer (MG) who arrived at the clubhouse of Lunéville. 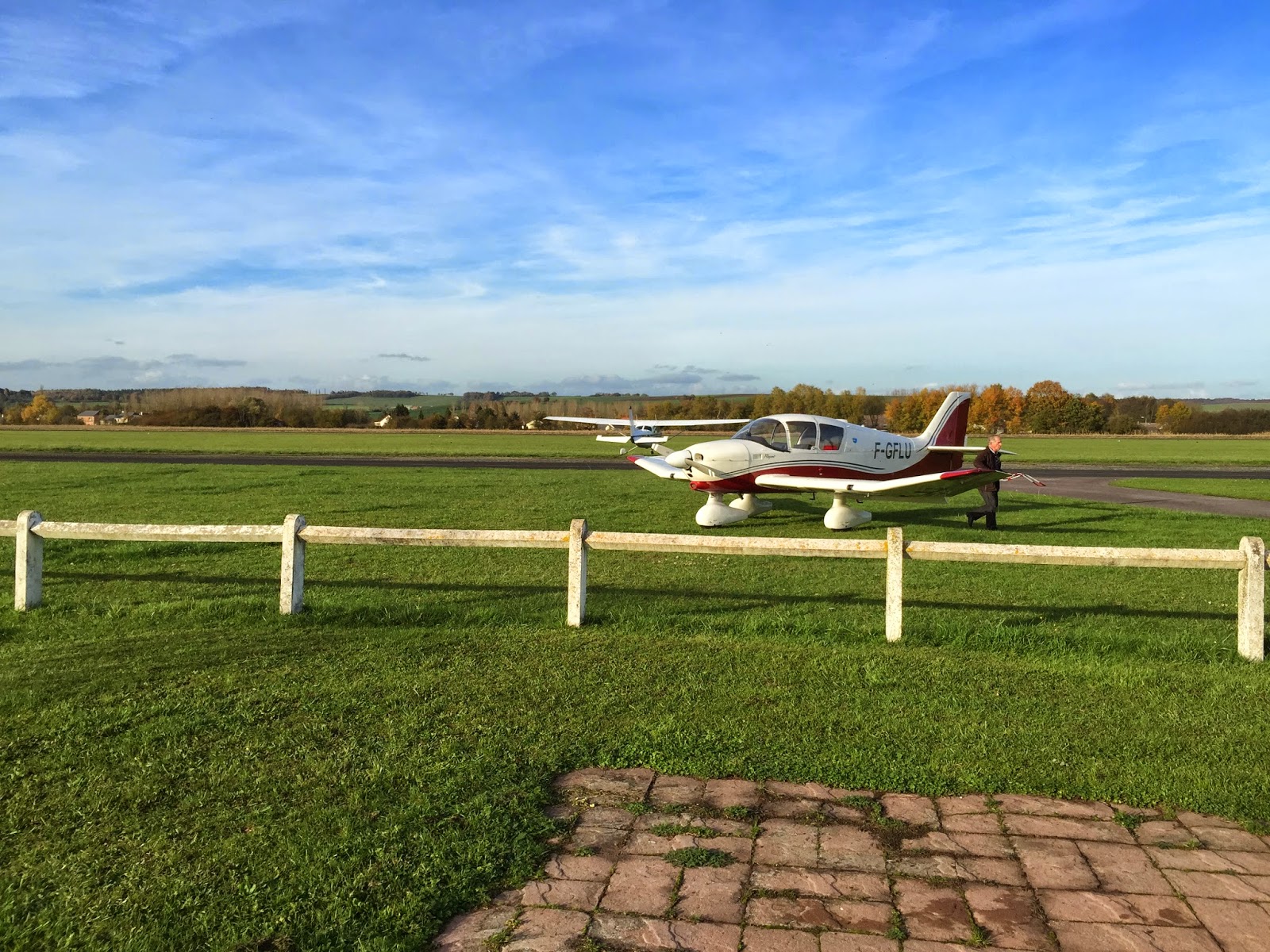 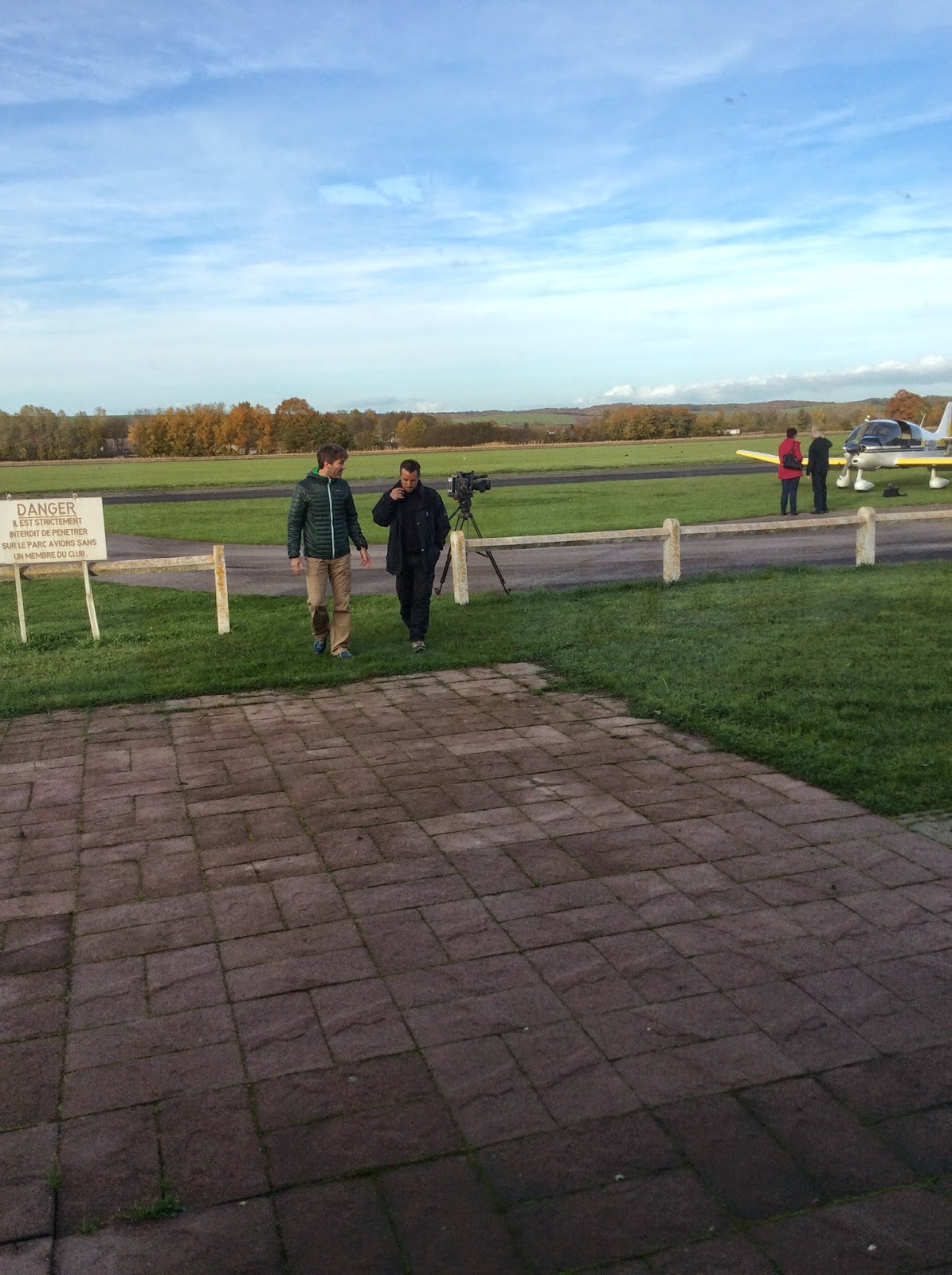 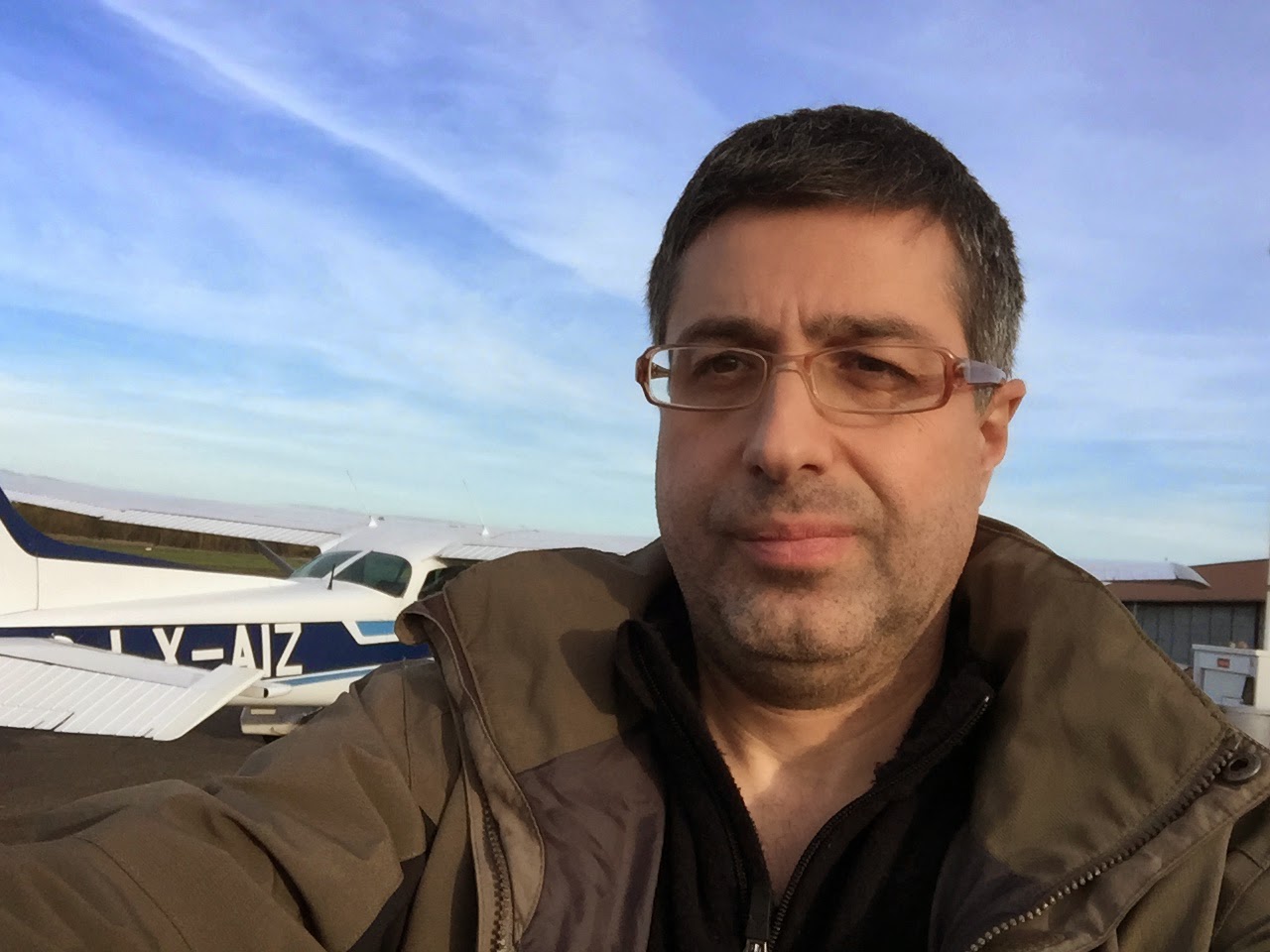 It was time to hurry up. We checked the weather maps and took off asap back to Luxembourg. The flight went perfect however and some 40 minutes later, we landed seamless at Luxembourg’s airport again.
No problem whatsoever.
I had a very relaxed feeling whilst I was pushing the plane back in the hangar. What a nice day