Willy Verghote of my Belgian flying club Limburgse Vleugels took the great initiative to setup and organize a fly out to Verdun in France. This city has been often the battlefield between European powers. The last big battle took place some 100 years ago and more than 150.000 people died over there. It marked also the end of World War 1.

Some 10 planes, filled with private pilots, decided to join this fly-out. From Belgium, the flying distance is some 120NM. I took off however from ELLX with a Cessna 172. My wife Kika and son Alejandro joined me. 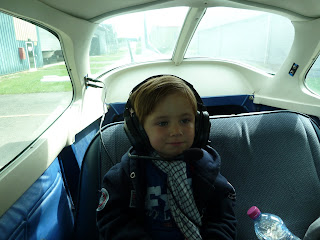 The weather was far from being CAVOK. Heavy wind with gusts to 30 knots etc… were announced, reason to well prepare the flight. I calculated my flight and used as well the new Rocketroute tool I acquired.

Early in the morning, we headed for the airport of Luxembourg and noticed indeed that there was a lot of wind, but mainly south western…thus not a problem to take off.
My son was installed at the backseat and now got his own headset. He seems to like it. 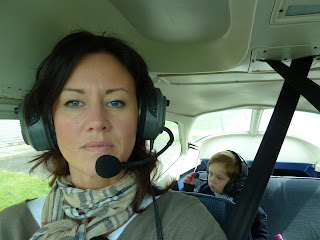 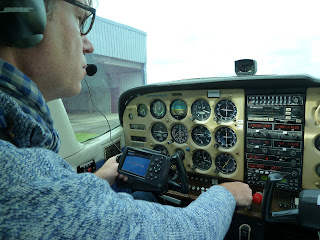 After take off, the ride was a bit bumpy and I wondered if I did not take off too early. Once we left the Luxembourg TMA and climbed out a bit, the air became a bit smoother. Oef !! 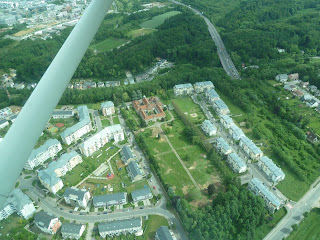 The flight did not take long time (some 45 minutes) and suddenly I heard a familiar voice over the radio. It was Ludo Holtappels who seemed to arrive with his plane at the same time as us at the Verdun airfield.
After landing, u bus waited for us and brought us to the city center. My son loves police cars (three years old) and was happy to discover there were plenty. 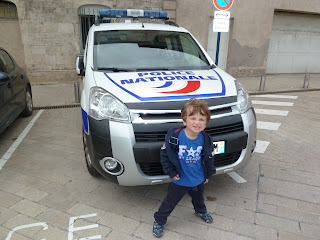 After lunch, we haded to visit multiple historical sites. The most impressive one was definitively the Fortress of Douamont. The living conditions must have been terrible in there, I’m glad our generation never knew that kind of war. 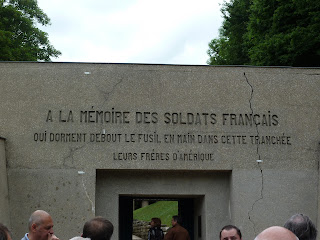 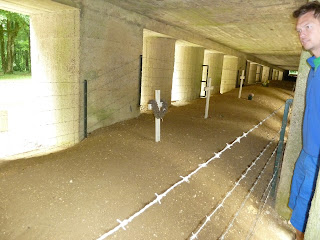 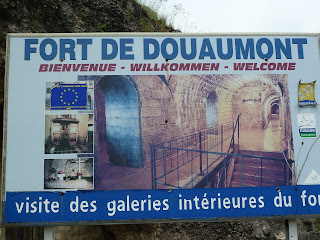 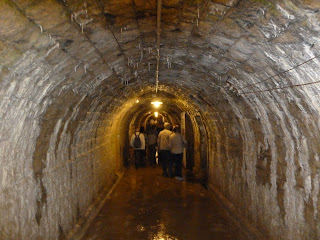 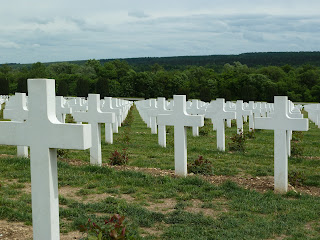 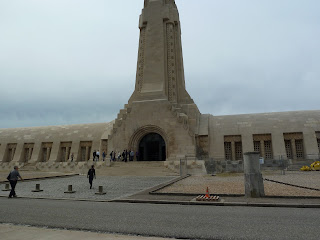 At the end of the day, we headed back to the airfield. My wettermaps site showed me there were some showers on our flight path and so we decided to have dinner at the Verdun airfield (remarkably cheap). I forgot in the morning to file a flightplan back home, but AIS in Luxembourg was so kind to accept me filing it by phone. 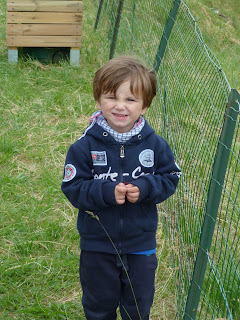 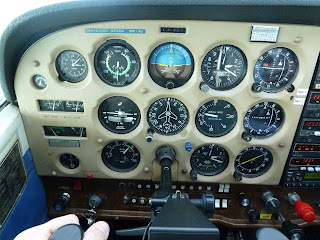 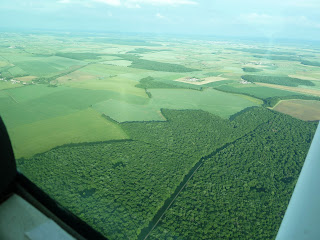 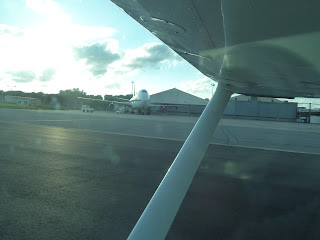 Our return flight went extremely smooth. What a difference with the early morning take off. Luxembourg tower made us circle a bit in downwind, but that wasn’t a big problem.
End good that’s all good. I’m happy all three of us enjoyed this fly out
Thank you Colonel Verghote