I started with gliding (soaring) some 30 years ago as a member of the Belgian Air Cadets. I enjoyed gliding in Belgium with the Air Cadets. A fellow mate of my class was Yves Jeanmotte, who has become a professional pilot and a rewarded gliding champion. We flew in the summer camps at Oostmalle and Weelde and in the autumn and spring in Brustem. The gliders we flew with were ASK13 (The PL67) K8 Ka6 and ASW19. I used to be quite good in that period. I stayed with the Belgian Air Cadets until the age of 19. 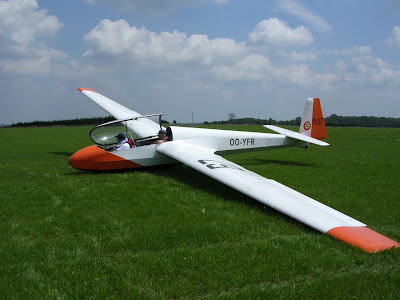 Once I obtained my private pilot license some 10 years, I did some occasional gliding at my flying club in Zwartberg Belgium. But as a boy becomes a man and starts to go out with girls, spending entire weekends at the flying club became less interesting (and girls became more interesting) and so my gliding activities became less and less.

I always maintained my licence alive…as my love for gliding still was there.